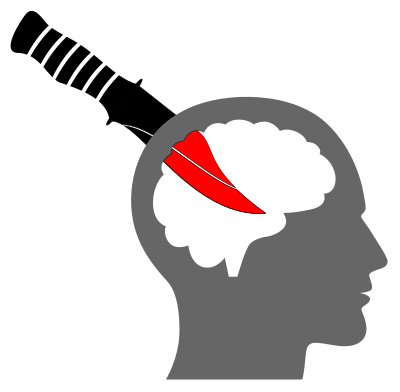 People think of writing as a creative process, which it is, but it is also a problem solving exercise. When a writer fails to do the problem solving and just uses a coincidence, new ability, or wave-of-hand to get the protagonist out of trouble, the reader justifiably feels cheated.

But what about the times when a writer does do the hard work and solves a real world problem that the real world does not want solved. For example, I recently wrote a short story where the protagonist, an office clerk, needed to kill a CEO. It took me weeks to figure it out. Then when it came to writing it, I had to decide whether or not to release this solution into the world. I opted not to and redacted it, with a great sense of loss.

But it is not just new ways of disposing of opponents that writers invent. I’ve suppressed techniques for using the night sky for advertising, initiating regime change and more.

One could argue that the writer wouldn’t have been the only one to discover the technique and the public would be better forewarned about the possibility. But I believe the likelihood of someone using the idea is greater than the likelihood of everyone who might be affected having read my writing on it. Maybe if I were more widely read, the balance would be different.

This doesn’t mean that I suppress every unpleasant invention, not at all. I’m not even convinced that a comfortable world is a better world. I’ve seen what lounge chairs do to people. So I draw the line at truly unique ideas that took some rather lateral thinking which have a severe or global impact. Sometimes I’m lucky enough that I can reveal 90% of the solution and leave the tricky discovery out without weakening the narrative.

I’m still finding my limits on this though, and heartily welcome comments and opinions that might guide me.