The thin, cold light of morning cast long shadows down the narrow alley, his bedraggled boots clomped heavily on the filthy bitumen. Turning his head to follow the peripheral scampering of a rat, sunlight caught the old man’s profile, his eye squinting against it and then sticking with gummy sleep. The rat was too fast, but something else, a bright sparkle, drew him closer to the trash piled high against the red-brick wall.

He jerked with the realisation that the sparkling bracelet was still around a milky-white wrist; the only part showing of what he hoped was a whole and live person buried in the garbage. Carefully, slowly, he lifted the piece of sodden cardboard to reveal her hand, fingernails bright with finely detailed art. The first finger, the pointer, had a pearlescent-blue background on which, painted in a thick, black gel that embossed the image, a fine tree branch cut across the moon of the cuticle from which swung fine lines of a rope-swing, occupied by what appeared to be a young girl. Below her, the background blue gave way to a textured, two-tone green to give the impression of grass. The next nail, on her middle finger was painted with…

I wrote the above passage to illustrate the line where detail stops dragging the reader into the situation, and instead boggs down the story and pushes the reader back out again. I hope it was describing the nail, but if I lost you before that, I’m sorry. If, on the other hand, you were enjoying the minutiae of nail-art descriptions and wish I’d continued, you will understand my dilemma.

Sales of [book:The Fellowship of the Ring|727798] spiked dramatically with the release of Peter Jackson’s movie. But I wonder how many people managed to trudge through the long, tedious and heavily descriptive passages which made the book so popular many years earlier. Society has changed dramatically since 1954, when The Fellowship of the Ring was first published, and we are now so numbed by rapid stimulation, fast plots, and quick grabs that slow descriptive passages have lost their allure.

I believe the boom of the YA market is largely because it is not just read by YA, but everyone who wants more bang per word.

So this is where I’m at now, finding the balance between drawing the reader in, and losing them in the detail. There are some good tricks, like pointing out an iconic detail so that the reader fills in the rest. Or using details that also move the story forward. But even while writing efficiently, details take time to read and can irritate an impatient reader.

Two solutions that I’m currently considering both put the choice in the reader’s hands. Firstly, I’m planning to write the descriptions as I’d like them read, then edit a second, abridged version for those who want a quicker read. Option two is using some formatting cue that lets the reader know when they can skip ahead, and where to skip to.

Either way, I’m intending to dig myself out of this conundrum by offering the reader a choice of how fast they want their story to move. 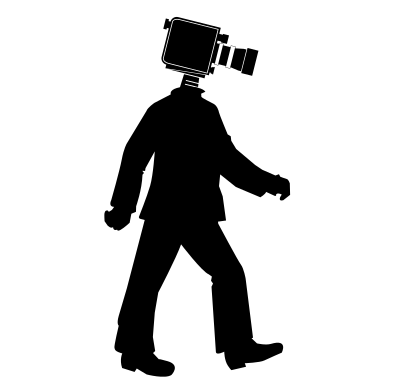 Any reader who immerses themselves in the world of their story will know when the author has failed to do so before them. Signs such as closed doors later banging shut and similar inconsistencies will add up. It is something the reader feels rather than figures out, and it thwarts their efforts to imagine the world they are in.

When I write, immersion is achieved through the metaphor of a camera.

Recently I’ve been playing with where this virtual camera is located. Hovering it in the corner of the room results in a different writing style compared to shoving it close over the shoulder of an active character. In ‘The Jasper Chronicles’, the camera is the point-of-view character’s eyeballs.

I’ve found that the closer the camera gets to the action, the grittier and more intense the descriptions become. I tend to incorporate a broader range of senses as well. But this slows the narrative down and will miss out on events outside the field of vision or even the character’s attention.

At this stage of my writing, I’m ‘shooting’ scenes from a single character and riding on the momentum of the scene. But recently I’ve been considering re-writing scenes from multiple cameras so that during the editing process I have the opportunity of splicing ‘footage’ together as well as removing unnecessary frames.

My greatest concern is how to signal the reader when a camera has changed without throwing them out of the story. Please post any suggestions you might have in the comments section.

Artwork made with these elements:
Camera by Isabel Sierra from the Noun Project
Person By Road Signs, GB
Combination of elements by Tim Marsh
Image copyright as per The Noun Project